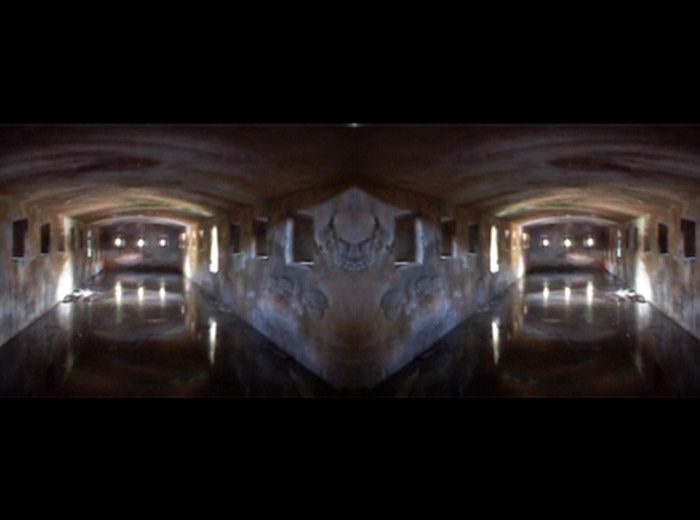 The work was created at the Sirius Arts Centre in Cobh, Ireland where Elpida was artist-in-residence, October 2006.

The work drew ideas from the local history and the architecture of the Cork Harbour, in particular Fort Camden. Fort Camden is positioned on Rams Head near Crosshaven, County Cork. The fort derived its name from the Earl of Camden, who was Lord Lieutenant of Ireland in 1795. Fort Camden, though internationally recognised to be one of the world’s finest remaining examples of a classical Coastal Artillery Fort, is sadly abandoned, derelict and overgrown.

With its amazing history dating back to 1550, the fort was principally used by the army for different purposes, including a prison at one point. At present the Fort stands abandoned, used only occasionally for army training.

Fort Camden is not open to the public and trespassers are forbidden. However Elpida managed to obtain a visitor’s pass in order to record this piece of work. Torture was filmed, in one of the non-escape locker’s that would be flooded with water when the tide was high.