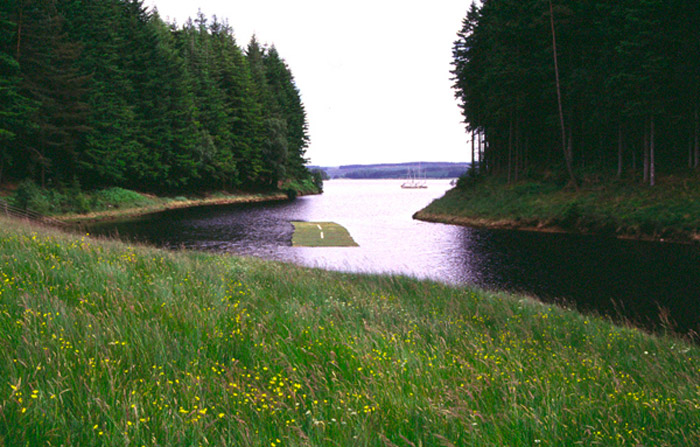 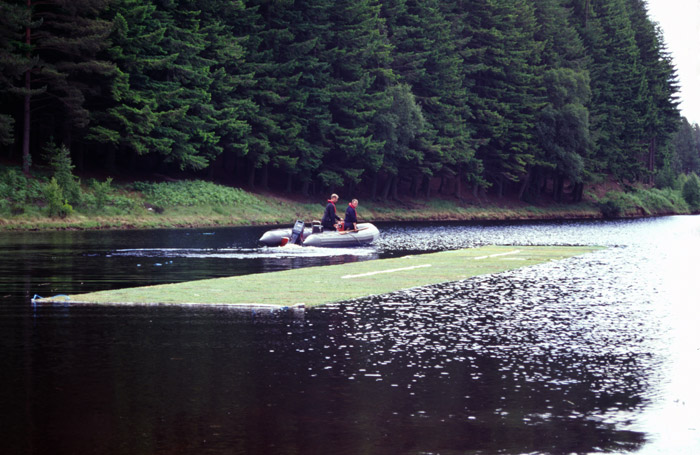 Commissioned by the Samling Foundation at Kielder Forest, Northumberland, 2002

‘Land and the Samling', a second project in a 3-year Visual Arts Programme, brought together 5 professional artists: Elpida Hadzi-Vasileva, Tanya Axford, Claire Barber, Matt Stokes and Wolfgang Weileder. Each artist was commissioned to produce temporary artwork during a month-long residency at Kielder Forest in Northumberland. The project began with a Symposium chaired by Matthew Collings who acted as keynote speaker and mentor. He admirably set the scene for the project and was able to bring the disparate elements together. The artists mentored twelve A-level art students each from across Tyne & Wear.

The dramatic landscape at Kielder; an artificial, man-made forest and reservoir in a very remote area on the borders, had a major impact on the making of Elpida’s work. The valley itself, which had been flooded to create the reservoir, had left echoes of the former occupation. An old road that connected the villages prior to the flooding, that now leads and disappears into the water of a silent inlet, inspired Road to Nowhere. Elpida created a floating surface of watercress – simulating a continuation of the road into the lake. The ‘cress carpet’ took the shape of the road ‘grown, flowered and eventually disappeared into the lake’.