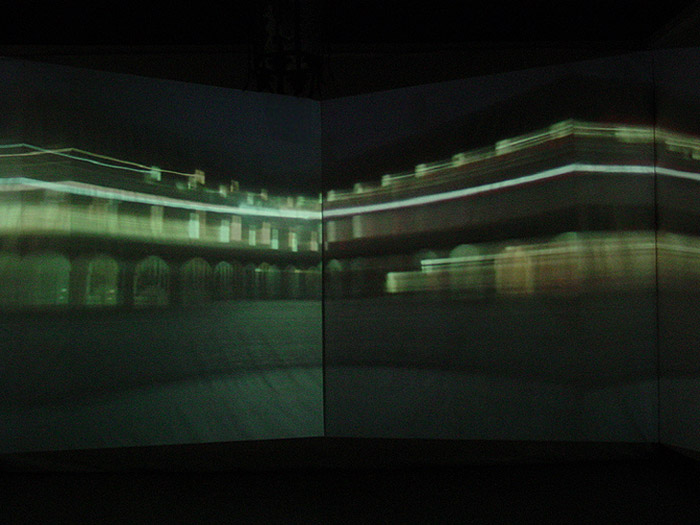 One of the major highlights of Elpida’s artistic career to date has been her participation in the 51st Venice Biennale in 2005, exhibition organised by ArtSway Contemporary Art Gallery in the New Forest.

New Forest Pavilion was an exhibition presented during the vernissage period of the Venice Biennale 2005. It included work by nine artist based in England, who has all undertaken production residencies at ArtSway. The other artists included: Anna Best, Richard Billingham, Boredom Research, Alistair Gentry, John Gillett, Charlie Murphy, Emilia Telese and Kypros Kyprianou & Simon Hollington.

me, you & them was created at the Irish Museum of Modern Art in Dublin, Ireland where Elpida was artist in residency from January – April 2005. The work drew ideas from the history of the Irish Museum of Modern Art, where between the late 1600’s and early 1900’s The Royal Hospital was used as a residency for many old, sick and disabled soldiers. Using photography, image manipulation and different technical and timing formats, Elpida used the architecture of the Museum to investigate notions of absences in time, following the journeys that have happened throughout the Museum’s existence and capturing the passing of time in the Museum courtyard space. Adapted from its original showing, two of the four short films were projected into the corner, joining together to complete an external space, internally. When the viewer entered the space their silhouette becomes part of the visual journey.