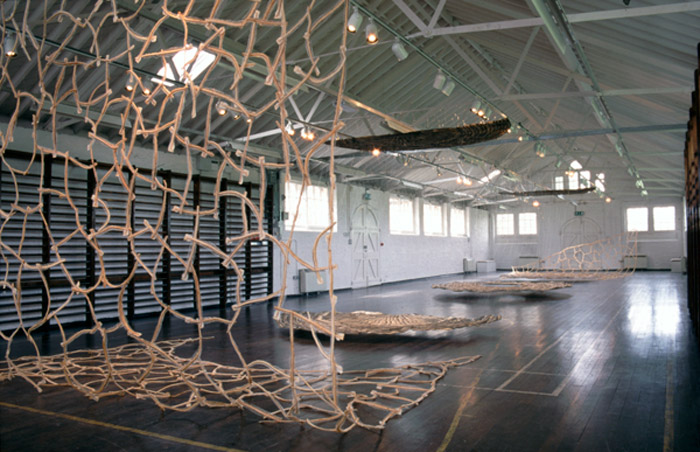 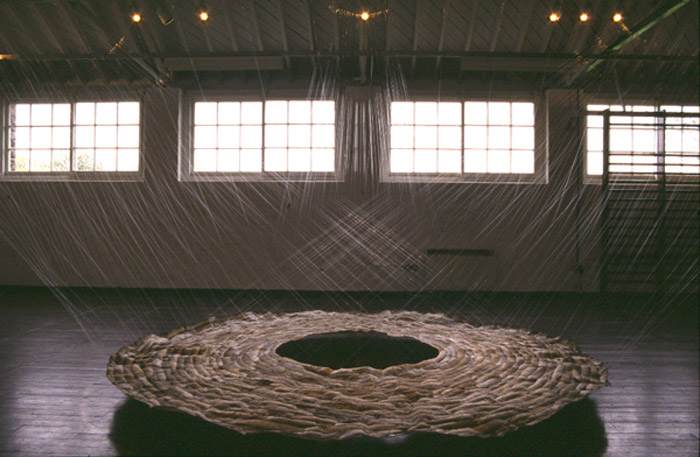 Epidermis was produced during a fellowship at the Berwick Gymnasium Gallery, Berwick-upon-Tweed and explored the relationship between two important local industries: the armed forces and fishing.

The industries were united through the formal process of transforming existing boundary lines on the gymnasium floor into physical objects. These sculptural elements were suspended from the ceiling and created out of salmon skin and bone. Process is an important part of Elpida’s work and for Epidermis she used 2,500 salmon skins and 1,500 bones, which had to be cleaned and preserved by hand.

Elpida undertook a 6-month fellowship at the Berwick Gymnasium Gallery in 2000-2001. Epidermis went on to be exhibited at the Kelvingrove Museum and Art Galleries, Glasgow (December 2001) and the centerpiece was exhibited as part of Re|sort; a new commission for Fabrica Gallery in Brighton (June 2002).

A publication including an essay by Mark Segal, Director of ArtSway, accompanied this exhibition.